So God created mankind in his own image, in the image of God he created them; male and female he created them. God blessed them and said to them, “Be fruitful and increase in number; fill the earth and subdue it. Rule over the fish in the sea and the birds in the sky and over every living creature that moves on the ground.”
– Genesis 1:27-28

Lokori Zone is the southern-most Zone in Turkanaland with a population of approximately 163,000. It’s a very dry region, with only a few arable parcels of land along two rivers – Suguta and Kerio. The zone is poverty-stricken; many families cannot even afford to have one meal per day. Among the common economic activities are rearing livestock and selling firewood. Like much of Turkanaland, most people in the zone are pastoralists, constantly migrating in search of food and water, which largely affects church attendance and consistency of Lighthouse meetings.
Despite the hardship to secure funds for tuition, the number of children in the zone now able to attend school has reached 75%! That’s very encouraging and promising. Yet chances of going to college are minimal for the same reason.
The SHARE Team conducted Outreach, Church Planting, and DMM Training ministries in Lokori Zone between May 23rd – 27th. The official dedication and opening ceremony of the Lokori Zone DMM facility – called “Samara Center” – took place on May 27th. The ceremony included planting 6 trees around the Center! A total of 92 people attended. The Center in now fully operational! Believers in the area are grateful for the Center, which will serve as a place for worship and training in contextualized Biblical disciple-multiplication methodology.
Due to insecurity in one of SHARE’s target unreached villages in Lokori Zone, the Team was unable to visit and plant a church there. However, DMM training was a huge success, with a total of 57 church leaders and DMM Champions in attendance. They were taught the “3-Walk”, “3-Circles”, and “3-Stones” methodologies (see www.shareint.org/dmm). A total of 48 of the attendees were challenged and commissioned to go out and make disciples of others using the methods they learned.
SHARE’s staff, Jackson Erus, teaching the 3-Circles Method
Women’s Ministry Coordinator, Sarah Esekon, leading DMM training
Planting trees during the Opening/Dedication Ceremony of Samara Center
Dedication prayer for Samara Center led by Pastor Spurgeon Korobe
Worship and praise after the official opening of Samara Center
Watch the video below to get an inside peek of a Lighthouse being taught the “3-Circles” methodology! Champion Elizabeth Amaniman in Kangkukus Village, Sopel Zone, is teaching the disciples how to share God’s Story using this simple, yet effective, method.
There are nearly 10,000 children attending Sunday School regularly throughout Turkanaland under the tutorship of 295 trained teachers. The children are taught how to pray, give thanks, sing songs of worship, memorize Bible verses, and share their faith with others. In May, another 930 Turkana children came to a saving faith in Christ, and 15 were baptized where water was available!
A total of 110 Sunday School teachers are involved in DMM Lighthouses, with 81 of them being leaders of a Lighthouse, and 74 in Adult Literacy classes, where they are taught how to read the Bible in their language!
Children’s Ministry Assistant Coordinator, Peterson Lokabuk, with a Sunday School Class in Apachole Village, Lokori Zone
TESTIMONY 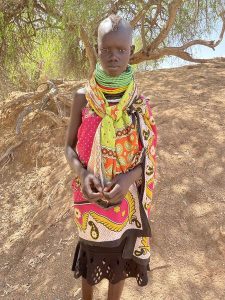 My name is Rebecca Eiton. I am from Nakimak Village, Sopel Zone. God has saved me. Before I gave my life to Christ, I was bad person and didn’t listen to my parents. Whenever they would tell me to go somewhere, I always refused. But then I started attending Sunday School. I heard the Scripture that states, “Children obey your parents.” That Scripture touched and blessed me.

In May, the Toposa Missionary Team continued sharing the Gospel and developing relationships in 33 villages. The villagers have been receptive to the Gospel and hospitable toward the missionaries. The resistance from the Catholic Evangelists in the area is being addressed by local authorities, and the missionaries have now been permitted to share the Gospel. In May, 54 people accepted Christ as Savior; 5 of them after viewing The Jesus Film in Nalemusekon Village. The rainy season has begun, but not enough to start baptizing, as there are no pools of water formed yet.
There are 39 believers who want to become DMM Champions. The Team is training them how to use the DMM curriculum, Audio Bible, and signage bookmark. Another 46 Audio Bibles and 35 signage bookmarks were distributed to believers. The Team will continue meeting with these villages for some time – at least until congregations/Lighthouses are formed – before they move on to a new region.
Consumption of alcohol and tobacco is still prevalent among the Toposa people. Pray with us that the Gospel will penetrate deeply, and habits would change. Other major challenges in the area include lack of schools, healthcare, and scarcity of food and water.

On Thursday, June 9th, the SHARE Team, along with our partner ICM’s (International Cooperating Ministries) rep. – Andy Scott – from Virginia, USA – traveled to Kangipusia Village, Kachoda Zone for the official opening and dedication of the first Next-Gen Sending Center. The community was very excited and grateful to witness the very first permanent building in their village. It was quite the celebration! We give God all the glory for making it happen! The Center will now be used for educating children and training them to be disciple-makers.

Andy Scott, accompanied by the SHARE Director, Dalmas Esekon, and Operations Manager, James Ewoi,
cutting the ribbon at the official opening of the Kangipusia Sending Center

Thanking and honoring Andy Scott after the official opening 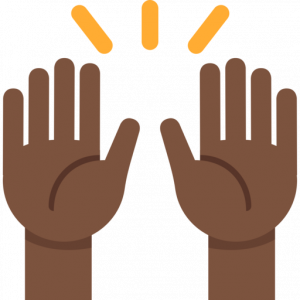 A total of 43 people will participate in this year’s two Short-Term Outreach and Relief Mission (STORM) trips in July. This will mark the first teams since 2019, when COVID-19 halted STORM trips. The teams will minister in a total of 6 remote villages, including two where they will spend the night. The first team is from Covenant Church of Naples, Florida. The second is a combined team of participants from Galena Bible Church of Galena, Illionis; Turning Point Community Church of Lubbock, Texas; and The Bridge Community Church of Ruston, Louisiana. A few members of the first team will also travel to South Sudan from Turkanaland to meet, pray with, encourage, and deliver Audio Bibles to the 15 SHARE missionaries there. We request prayers for safety and successful STORMs.

Thank you for your continued support for this ministry. As you can tell, your partnership with us is bearing amazing fruit for eternity. Thank you SO MUCH! We urge you to continue supporting this ministry. The 3Q budget is $215,000/KShs.21,500,000.

Thank you SO MUCH for your prayers and support!

There is no political organization among the Toposa people of South Sudan.
However, respect is paid to elders, sultans/chiefs, and wise men. Most decisions about the community are
made in meetings attended only by the men. Such meetings are usually held in dark hours before dawn. 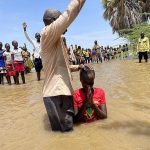 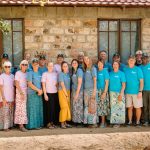