And the Word of God continued to increase, and the number of the disciples multiplied greatly in Jerusalem, and a great many of the priests became obedient to the faith.
Acts 6:7 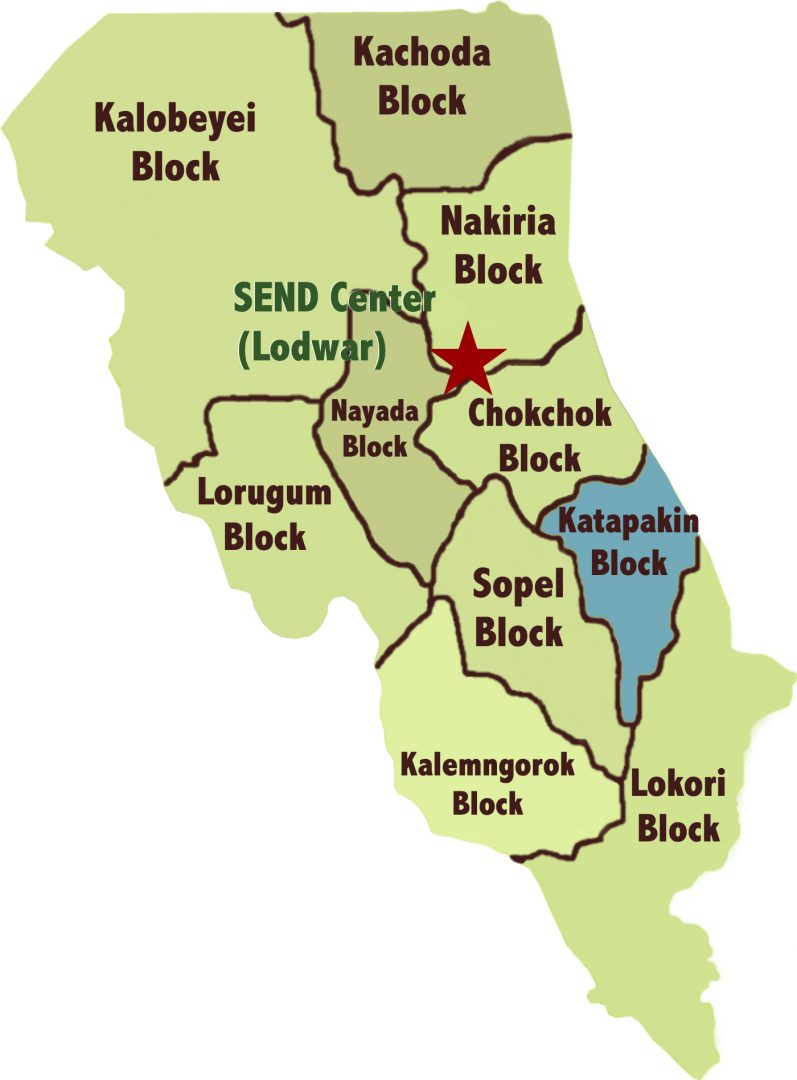 About 40 miles from Lodwar, the SHARE Team and missionaries held a mini-storm hosted at the Cornerstone Faith Assemblies Church in Katapakin Village. Besides training contextualized methods of Discipleship to the Block’s missionaries, Sunday School teachers, Adult Literacy teachers, and Church Leaders, the team also carried out evangelistic outreach (including screening The Jesus Film) and the planting of a new church. The neighboring villages who were also included in this event were Dero, Lobereta, Lokoda, and Kakimat. The population of these five villages is about 5,000 people. The 1,076 people attending the events traveled between three to eight miles to reach Katapakin.

Impact of Contextualized Big Life Discipleship Methodology in Katapakin Block: Missionary Michael Silale is the SHARE Chairman of Katapakin Block. In addition to training the BL methodology to his fellow Block missionaries, he has invited any God-fearing leaders in the Block to attend the training. One Roman Catholic priest recently accepted the invitation. “He wants to learn as well,” Michael said. The priest – Father Ekuwale – has now broken the barriers of his Parish Association by joining hands with the Evangelical pastors and missionaries to learn and spread God’s Word. He has also joined the Katapakin Pastors’ Association, an act that is against the norms of his denomination. He has become a student of Big Life Discipleship Training class. He contributes enthusiastically in the discussions and seeks to learn the truth so he can share God’s Word with those he comes across. It is amazing what God is doing! 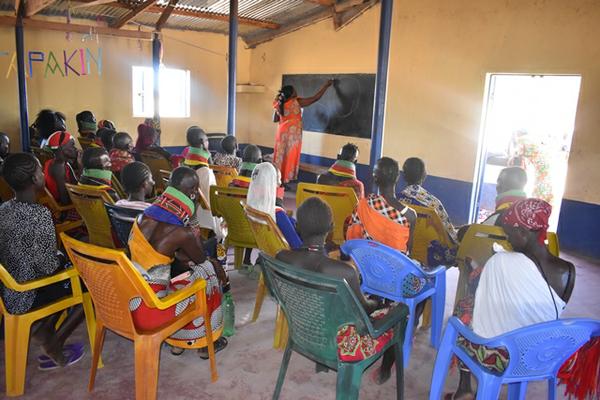 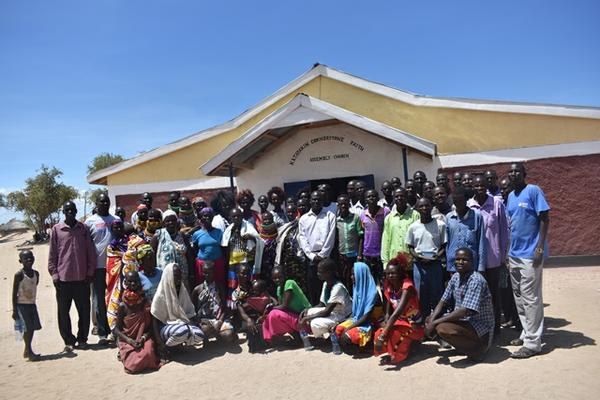 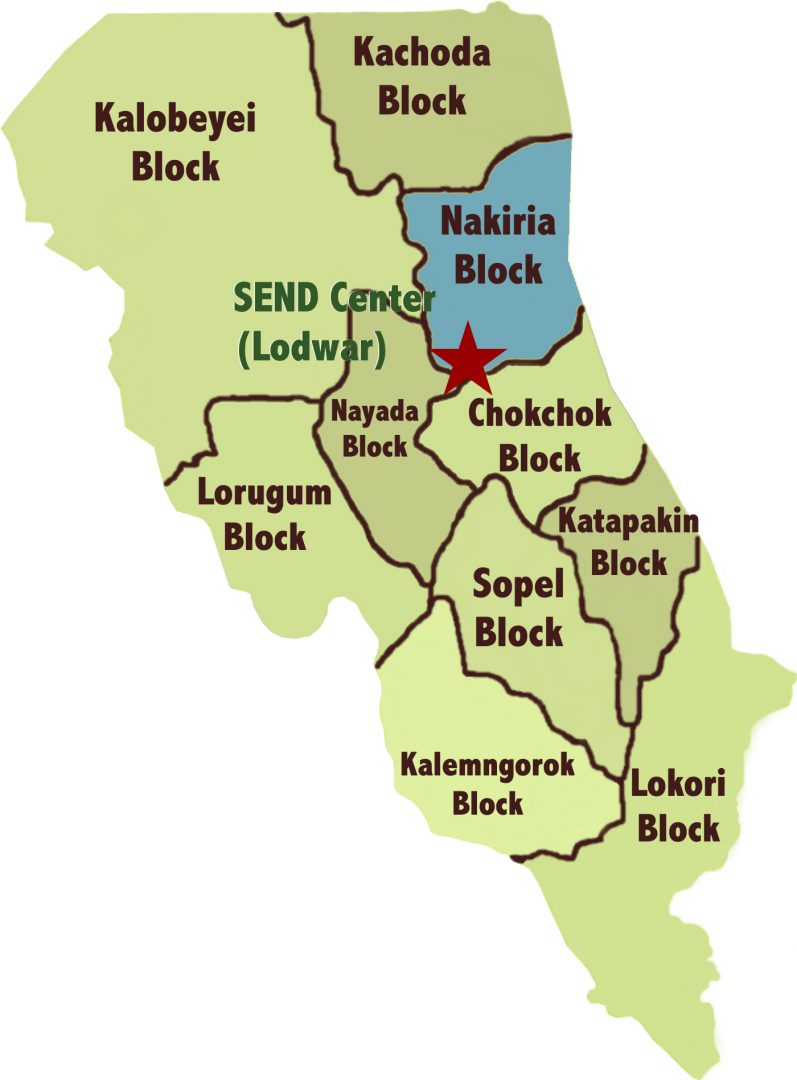 Nabwel-Ekorot (pop. 1,500) in Nakiria Block was the target unreached village of May’s outreach. It is located about 60 miles from Lodwar. The team began by screening The Jesus Film and holding a revival meeting. During the revival meeting, the SHARE team was confronted with verbal opposition by a representative from a non-Evangelical denomination. He said the SHARE team should not establish a church in the village. However, the team continued with their meeting – praying, praising and worshiping. The man left the meeting, and just a few yards away he had an accident – he was knocked down by a motorbike. He was taken to a nearby health center for first aid. He came back the following day completely humbled. He cooperated with the SHARE team!

The team also praises God for healing a little boy who had been bewitched for 18 months. The Team prayed for him. God touched him. His health has improved significantly.

The Team ministered to 437 people; 88 people were saved and 82 were baptized. 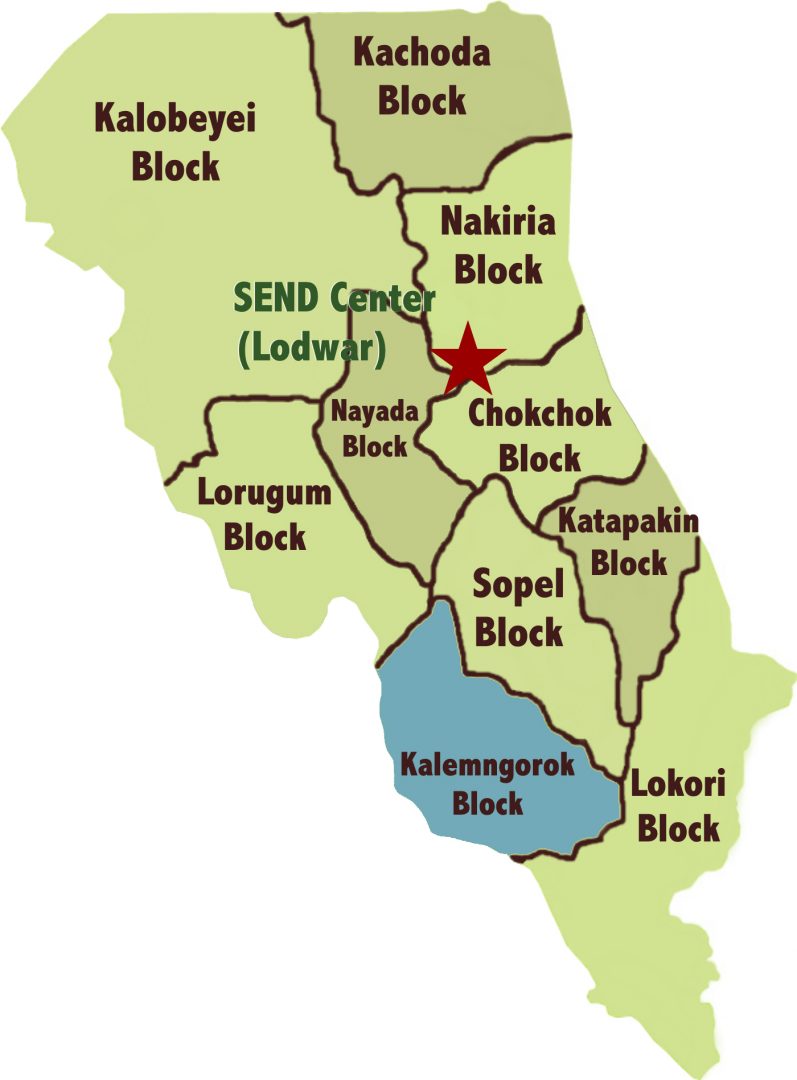 At the end of May, the SHARE Team traveled back to Kalemngorok Block to do a follow-up from the first visit there in March2019. The Team visited the villages of Ng’imeyana, Tinaa, and Koono to check how things were going and to begin training the BigLife Discipleship methodology to the new believers. A total of 313 people attended  in Ng’imeyana, 152 in Tinaa, and 75 in Koono. The new believers were very excited and receptive. They yearn to learn more from God’s Word.
One challenge was the shortage of food in the area. People were expecting the SHARE Team to bring more food, like the first time in March. Lack of food and water is a daily problem in need of much prayer.
When the SHARE Team visited Tinaa Village in March, they met Peter Loter. Peter asked the Team to pray for his family. He specifically wanted them to pray that God would bless them with a baby. The Team did. When the Team returned at the end of May, Peter was very excited to tell them that his wife had conceived and was two months pregnant! Praise to our awesome God! Peter is a reformed cattle rustler who has become a discipler of other warriors. His biggest challenge is traveling from village to village with his one leg. His other leg was amputated following a gunshot injury he suffered when he raided a village in 2017. Peter requested the Team to pray for resources so he can be fitted with a prosthetic leg. He wants to go from village to village discipling warriors.
Please lift before the Lord the following: 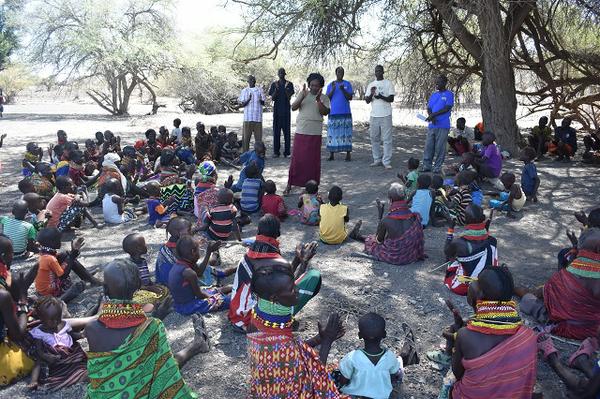 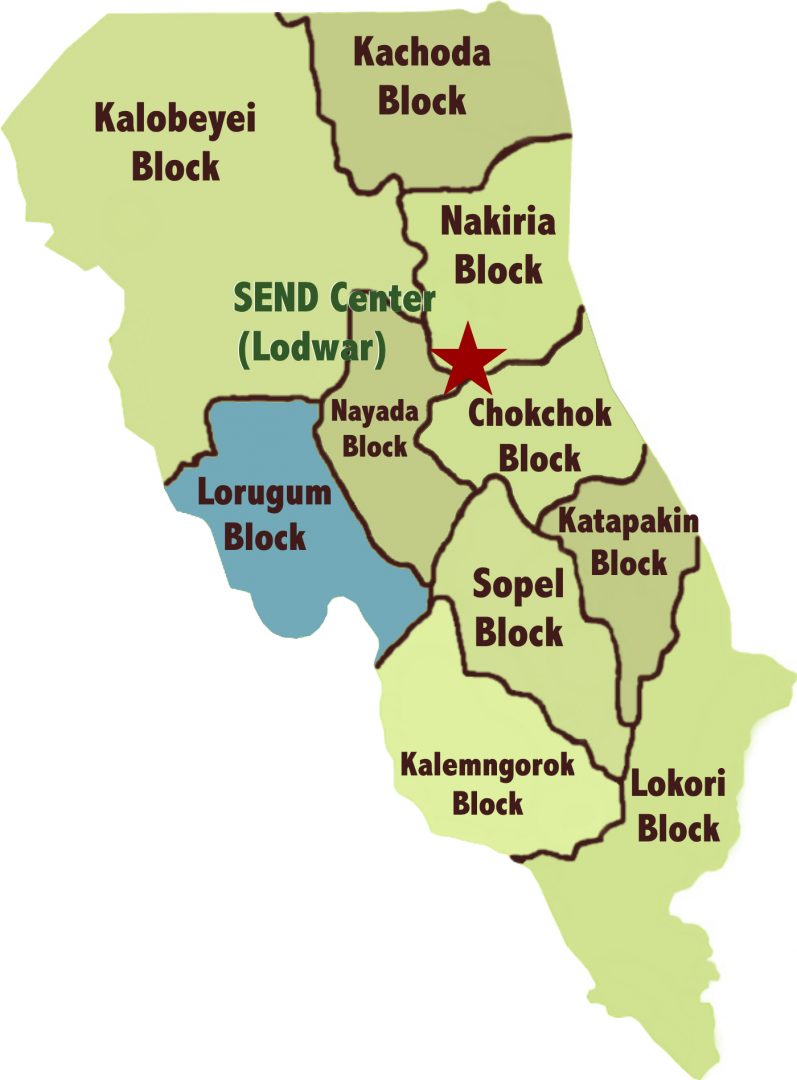 The SHARE Team visited the villages of Urum, (86 miles from Lodwar) in Lorugum Block between May 22 – 25th. They also visited the villages of Natelo and Nakwapua. A total of 369 people attended the screening of the Jesus Film in Urum and 126 were trained in Discipleship methods. A total of 95 people gave their lives to Christ. The Team donated a projector for screening The Jesus Film in the Block. That will greatly enhance their ability to share the Gospel in this area, where villagers have demonstrated great thirst for the Good News of salvation.
During their follow up visit, they stopped to see the family of a local witch doctor. The witch doctor requested the Team to return to pray for his family. The Team laid hands on the couple and prayed for salvation right away. The couple confessed Jesus as the Savior! The witch doctor, Mr. Lowoi Idere Limangole, surrendered his witchcraft charms to be burned on his compound. The Team prayed for the whole family again the following morning. They all gave their lives to Christ!
Continue to lift the following before the Lord:

Burning the Witch Doctors Charms & Praying with his Family

SHARE’s financial need for 2Q is $175,599. Your donation is greatly appreciated. The SHARE Director – Sammy Murimi – is open to share at your church or small group upon invitation. 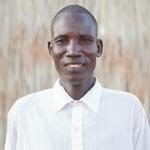 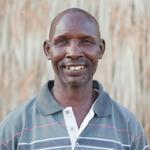 By the end of May, 1,448 students were enrolled in Adult Literacy classes throughout the ten blocks. The average attendance is 840 students. A total of 117 of the students assist in evangelism and spreading the Gospel; 128 have continued in advanced education, and 126 have now graduated from this program.
Please pray that God will provide more teachers for those who would like to learn to read and write but have no one to teach them. 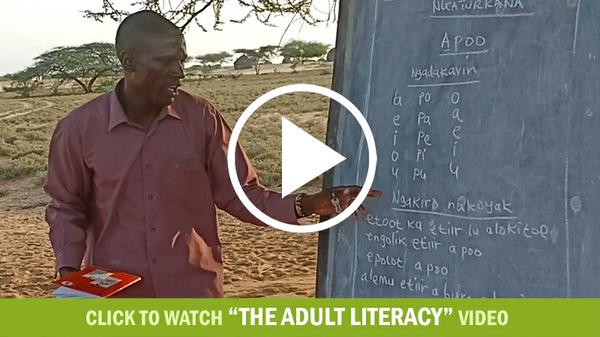 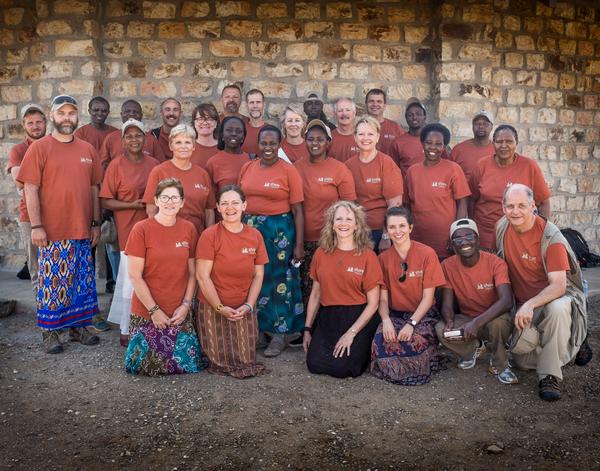 Among the Turkana, men are traditionally responsible for looking after livestock and protecting the community in case of an attack. Women are tasked with constructing huts for their families, taking care of children, fetching firewood and water, and cooking. 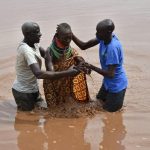 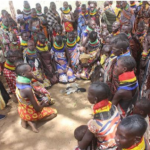