“Every place on which the sole of your foot treads, I have given it to you, just as I spoke to Moses.”
Joshua 1:3 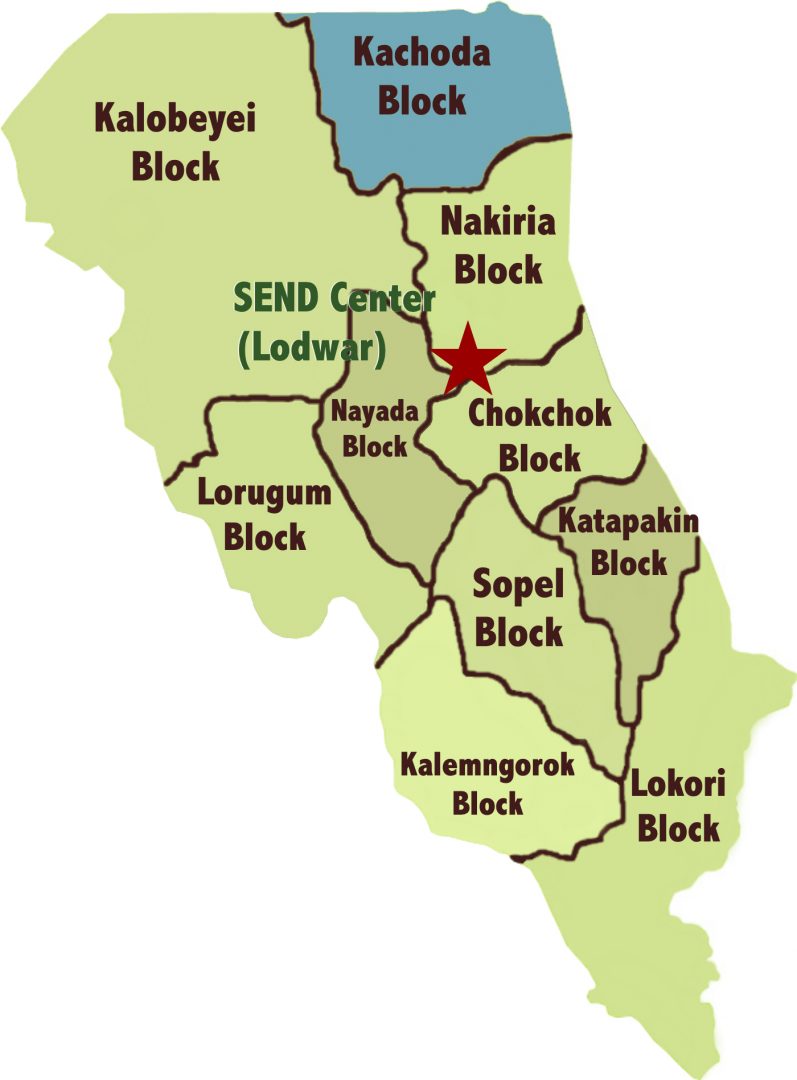 Kibish Village is approximately 210 miles north of Lodwar. It borders the southern tip of Ethiopia and South Sudan. There are two churches: a Roman Catholic Church and a Full Gospel Church. The economic activity of the people here is raising livestock. This area is prone to cattle rustling and banditry.

Prayer Requests for Kibish Village:
– Peaceful co-existence with their neighbors
– Borders to be opened
– Roads to be fixed 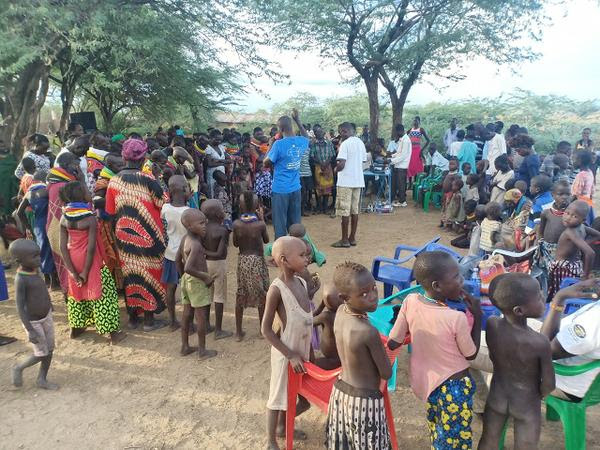 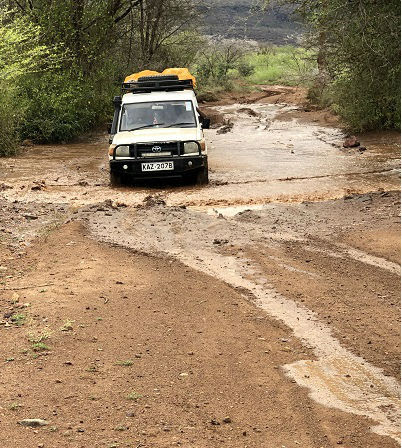 Possessing the Most Dreaded Territory for God

The journey to Kibish was not an ordinary one! Many people, including government officers, have always refused to work in Kibish due to the history that is told about that northern town. But we, the SHARE team in Lodwar, put perceptions aside and went where we were called to go. We started off our journey on October 6th. We headed to Kibish to carry out discipleship teachings and visit the only SHARE Missionary in the dreaded town, Samuel Lokiriama.

The road to Kibish was rough, rocky, hilly, bushy, and muddy. Our vehicles swerved through the mud and got stuck at one point. But that did not deter us from continuing on. Upon reaching Lokamari-nyang Village, we were advised to find a security escort because the section between there and Kibish is notorious with bandits. The Lord, our God, led us through the feared section, and we eventually arrived in Kibish Village safely.

Upon arrival, we were received by Missionary Samuel Lokiriama and an officer of the Kibish Police Division. They led us to the office of the Police Captain to sign the visitor’s book and get a security briefing. We were advised to proceed to the Administration Police Barracks, where our accommodations had been organized. We were divided in pairs to occupy self-contained rooms.

We started our mission Monday afternoon by ministering to the paramilitary (General Service Unit) officers who requested that we pray with them. The Team felt very privileged to have such a rare opportunity to minister to the uniformed officers.

Unlike other places in Turkana, it was especially difficult to disciple people in Kibish in large groups, due to insecurity. We changed our plan to reach them in their homes instead. The homes are clustered in one single fenced village. The Village has about eight entrances that are manned by National Police reservists. No movement is allowed after 6pm. We managed to share the Gospel with the villagers in their homes, and 72 people gave their lives to Jesus. The people requested an open-air evangelistic meeting and screening of The Jesus Film, which we did in consultation with the security agencies. We screened the film under a heavy contingent of security officers. After the screening, villagers quickly thronged the entrances in fear of being locked out of the gates. We were left in awe! The insecurity in the area has been an underlying factor causing deterioration of development.

Our stay in the village brought great hope to the whole community, including the soldiers. They even requested us to prolong our visit. While we were there, the cabinet Secretary for Petroleum and Mining – Hon. John Munyes – joined us. He lauded the work that Share International is doing among the Turkana people. He asked Share and other religious groups to join in the peace-making initiative between the communities that live in the OMO valley. The Turkana, Toposa, Nyangatom/Dongiro, Kalabong, Mursi, Kara, and Amara tribes need peace for a harmonious co-existence.

By setting our feet in Kibish, we believe that we have possessed the area. According to Joshua 1:3, God told Joshua that He will give him every place where he sets his foot. Therefore, we have possessed Kibish spiritually. A great revival will emanate from Kibish in the coming days! We trust that there will be peace in the borders of the three countries – Kenya, Ethiopia, and South Sudan, and that the people will move freely! 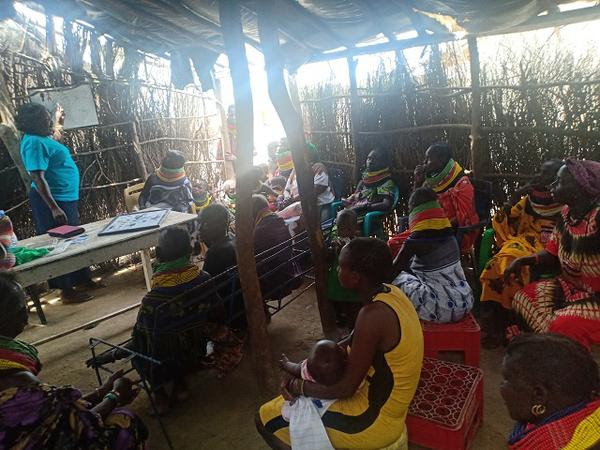 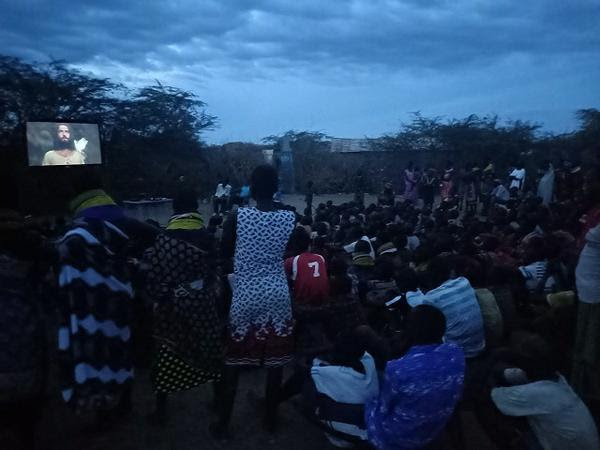 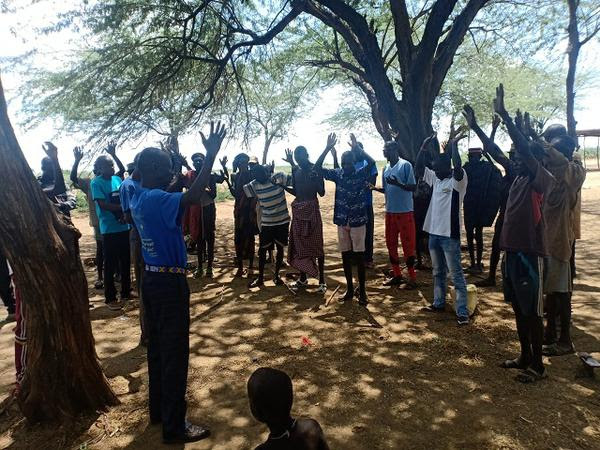 The SHARE Team in Lodwar traveled 33 miles to Lorugum Block to facilitate the continued training of missionaries, church leaders, and their wives from Nayada and Lorugum Blocks. A total of 60 missionaries and church leaders attended the training and gained fresh knowledge of how to take the Gospel forward. Many others wanted to come but there had been heavy rains in the area which made travel difficult and some families lost their livestock and homes.

Funds from a donor in the U.S. purchased 3 film projectors for Share. Screening of The Jesus Film in Kalobeyei, Sopel, and Lorugum Blocks has made the Gospel most compelling. Turkana people are now able to watch and listen to the story of Jesus Christ in their own language. SITE (Share International Team of Evangelism) Coordinator, Jacktan Kachi, has reached 39 villages to screen The Jesus Film and witnessed 881 people give their lives to Christ! Kalobeyei Block Chairman, Wilson Lopunguryei, also provided an update on the impact of the film projectors. To hear from them both watch the video below! 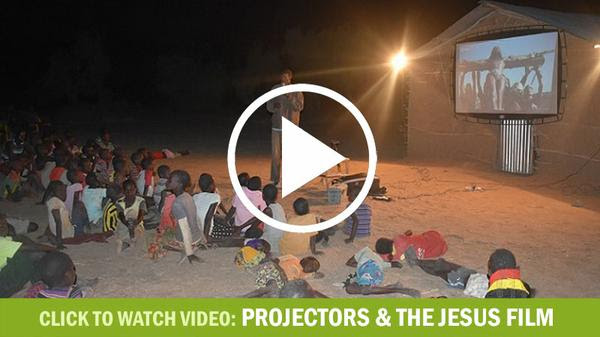 SHARE’s financial need for the remainder of 2019 is $193,855. Your donation is greatly appreciated. The SHARE Director – Sammy Murimi – is open to share at your church or small group upon invitation.

Some of SHARE’s Missionaries in the Kachoda Block: 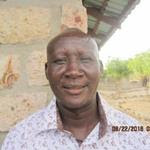 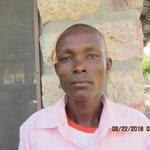 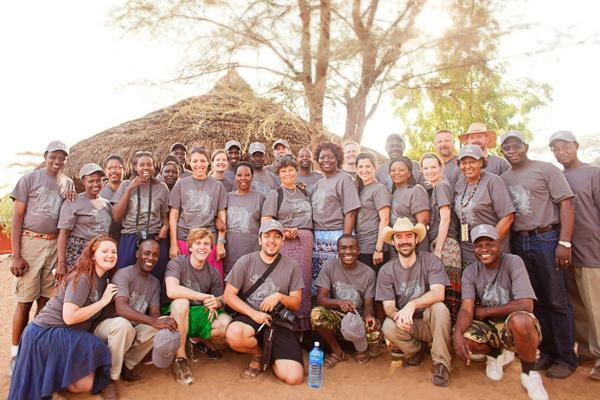 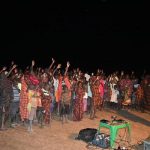 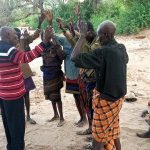