During the days of Jesus’ life on earth, he offered up prayers and petitions with fervent cries and tears to the one who could save him from death, and he was heard because of his reverent submission.
Hebrews 5:7 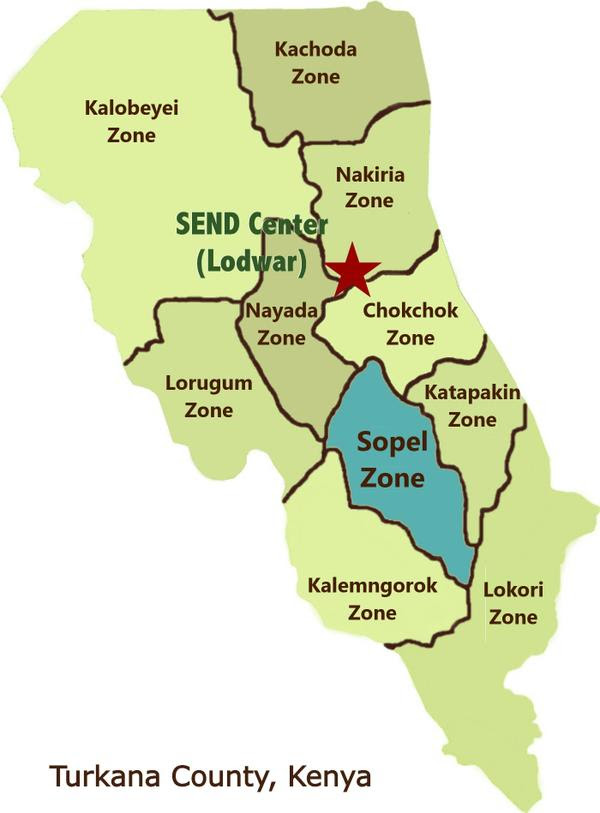 The 3 Monitors of Sopel Zone are Charles Lokol Samal, Joseph Logolol Moru, and Moses Lotukoi. They have planted a total of 5 churches in remote villages with 464 members. They have also established 13 Lighthouses (Disciple-Making Groups), where 58 believers are learning how to become disciple-makers (see chart below for more details.) They are grateful for the Audio Bibles and other DMM tools God has provided through SHARE.
Charles and his team of 7 evangelists plan to reach Kachibilil Village (12.4 miles away) with the Gospel by the end of this month! They hope to plant a church and start Lighthouses in the village. Pray with us that the villagers will open their hearts to the Good News. 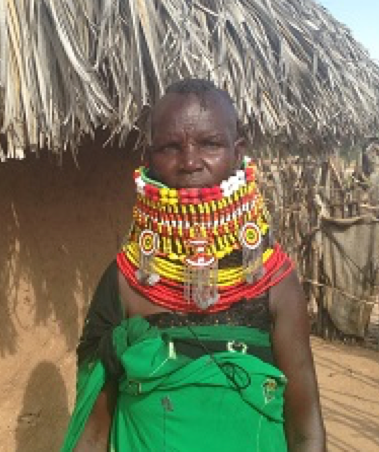 My name is Elizabeth Ikaru Lodeya, alias “The Clan of Jesus”! Before I knew Jesus, I wore witchcraft charms and consulted witchdoctors. I depended on witchdoctors for so many things. One day, I woke up at 9 o’clock at night to go sell milk in the market in Lodwar (42 miles away). After a long walk, I felt tired and took a nap on the roadside. Then, I woke up and continued my journey. I realized I was being followed by a thug. I became frightened, and I couldn’t decide whether to keep walking or find somewhere to hide. I decided to lie down, and the thug walked right past me. He did not see me! He went back and forth trying to find me and finally walked away. I stayed there until 5am, then proceeded with my journey.
As time passed, my husband fell sick, and our neighbors assumed that I bewitched him. They slaughtered and cooked a goat, then forced me to eat the whole thing. I was surrounded by a mob that was holding whips, clubs, and spears. I was innocent and heavily pregnant. They wanted me to choke on the meat. They made me splash water on my husband as a sign of cleansing him. This forced us to move to a new place – Nakweei Village.
After some time, a pastor named Francis Elim visited my home and shared about Jesus. He told me that Jesus is the way, the truth, and life. Jesus died for me and others so that we can be saved. The teachings showed me that God had saved me from the thug who almost devoured me and the mob that almost lynched me because they thought I was a witch. Francis encouraged me that God would save me from all my troubles. If I abide in Him, I would be like a newborn baby.
I sought to understand how I could be saved. Francis told me it was simple; to simply confess and repent my sins, and I would be saved. I told him that I was ready to surrender all my burdens to Jesus. Francis left and promised to come back again with his fellow ministers.
On the next visit, Francis came with some of the SHARE team. They prayed for me and asked if there was anything I was still withholding. They told me not to wear witchcraft charms or involve myself in rituals, worship other gods, nor covet other people’s possessions. They challenged me to pursue godliness, so I can become a new creature and receive eternal blessings. After that, I threw away all the items that witchdoctors had given me. I even shaved off my children’s hair, which the witchdoctors restricted me from doing. I now live free in Jesus!
PRAYER REQUESTS

With God’s help, Sammy has walked 131 miles (211 km) since October 1st! He hopes to complete 368 miles and raise the remaining ministry funds for this year by December 31st. Any donation per mile is greatly appreciated. Kindly indicate in the memo/designation box that your donation is for the Walk-A-Thon. Thank you so much! 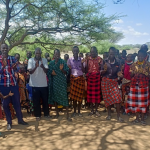 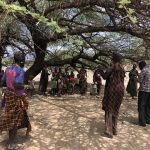