Screening of The Jesus Film during village outreaches has been an extremely impactful method of introducing villagers to the One who saves. Many villagers are able to gather at once to watch and hear Jesus’ story in their own language! SITE (Share International Team of Evangelism) Coordinator, Jacktan Kachi, has screened the film in 56 Turkana villages since January 2019 and, as a result, witnessed 1,180 people give their lives to Christ!
Due to COVID restrictions, the most recent screening was on January 23rd, 2020 in Nakitoikakumon Village, Kachoda Zone. A total of 61 locals attended the screening, and 14 were saved. Motivator Jackson Ekai reported that the villagers were receptive and interested in learning about Jesus. His previously developed relationship with the community made it easier for the Share team to enter the village. Read the story below to hear from one of those who were saved after watching The Jesus Film. Pray with us that Jackson will train Champions in the village soon, so that Lighthouses can begin to emerge. 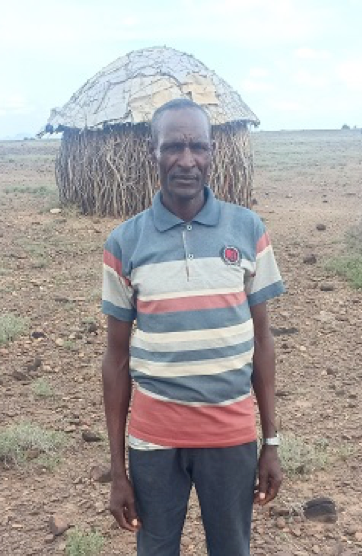 James Nakaale’s Testimony
My name is James Nakaale; I am from Nakitoekakumon Village. I was once a sinner. I killed people and stole their livestock. I raided Toposa and Dongiro of South Sudan, Karamoja of Uganda, and Merille of Ethiopia. I committed adultery, drank alcohol, and chewed tobacco.
One day, as I was walking home in the company of six others, I heard sound coming from a screen. Looking at it, I sought to know what was happening on the cast. I saw someone being flogged, beaten, pierced, spat upon, and blood flowing down His cloak! I asked why this person was being tortured in that manner. Someone close to me told me that it was Jesus Christ, the Son of the living God, and He was afflicted because of my sins.
In that meeting, as the man of God, called for an altar call – I was convicted and gave my life to Jesus! I was touched that He died for my sins. Since that day, I chose to follow Him, and my family is living well. We are heading in the right direction and praise be to Him! 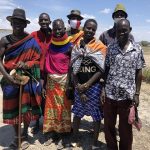