Give praise to the Lord, proclaim His name; make known among the nations what He has done.
1 Chronicles 16:8 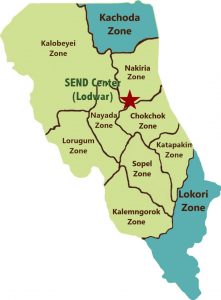 In mid-December, one SHARE team traveled 88 miles southeast of Lodwar to the Village of Nakwakaal in Lokori Zone (formerly “Block”), and another team traveled 112 miles north of Lodwar to the unreached Villages of Lokaliban and Milimatatu in Kachoda Zone for the primary purpose of doing door-to-door outreach, open-air evangelism and screening The Jesus Film, church planting, and to initiate the contextualized disciple-making methodology alongside the motivators (missionaries) that serve in the two zones.

The three villages are dominated by witchcraft. Residents consult witchdoctors as their medium to the gods, worship their ancestors, and sacrifice animals to appease their gods. Like in nearly all the remote villages in Turkanaland, Nakwakaal, Lokaliban, and Milimatatu residents (pop. 300, 1,800, and 5,500 respectively) are pastoralists – raising camels, cattle, goats, sheep, and donkeys.

– 1,025 villagers viewed The Jesus Film and heard the salvation message

A total of 77 people attended the very first church service in Nakwakaal Village! Many of the new believers received and learned how to listen to God’s Word through the Turkana language Audio Bible that the SHARE team presented to them. The motivators in the respective zones are now actively teaching and training the believers the “3-Stones” methodology of making disciples of others. Early Childhood Development Education Programs and Adult Literacy Classes have also commenced in Nakwakaal Village.

Please pray for the following needs in the three villages:

– Spiritual growth for the new believers

All the communities were very grateful to SHARE for visiting and sharing the Good News of the Gospel with them. They requested the team to “return soon!” 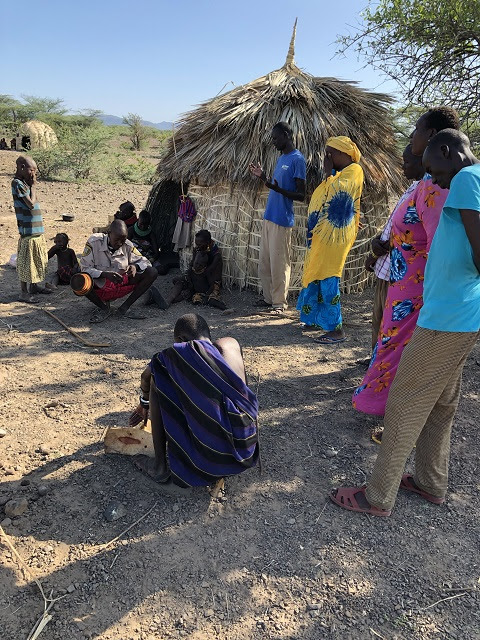 Those who were baptized in Nakwakaal Village 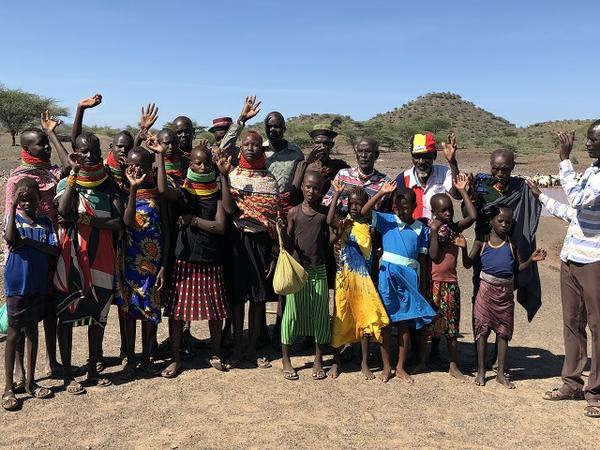 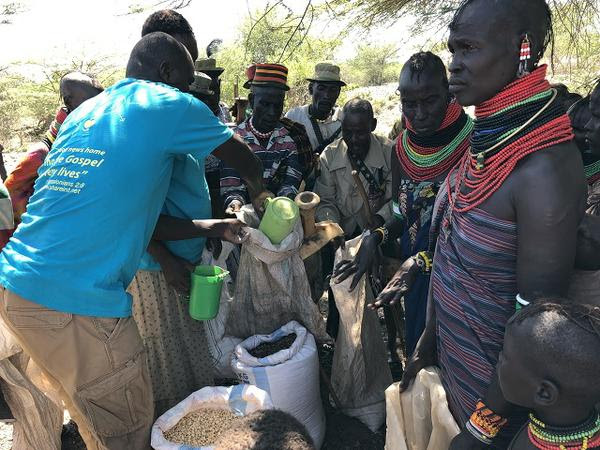 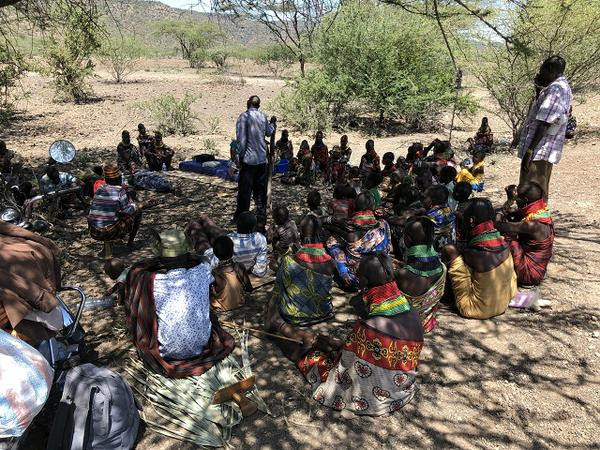 A Marvelous Gift of God 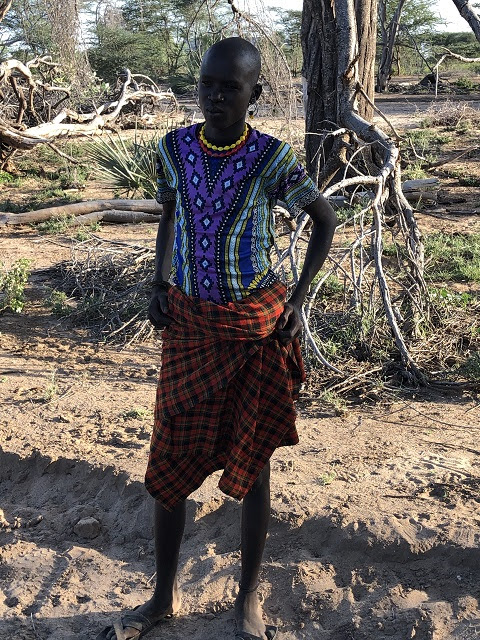 Moses Lemuya of Nakwakaal village is gifted to understand and memorize scriptures, yet he is not educated. During our outreach, as we were recapitulating our discipleship lessons, this young man told us the Lord had put a word in him which he wanted to share with us. He referred us to the Book of Revelation 9: 1- 5 that says,
“The fifth angel sounded his trumpet, and I saw a star that had fallen from the sky to the earth …and out of the smoke, locusts came down on the earth and were given power like that of scorpions of the earth. They were told not to harm the grass of the earth or any plant or tree but only those people who do not have the seal of God on their forehead. They were not allowed to kill them but only torture them for five months.”
This young man is truly gifted. He told us that the Word of God is being preached to all, but those who will not hear shall face his wrath in the Day of Judgment. We were left in awe! We were perplexed by his courage and authority of sharing God’s Word with others, even though he can’t read. We were amazed at how God works.  We charged him to make disciples of others.
Motivator, Jackson Ekai, praying with those who accepted Christ
after screening The Jesus Film 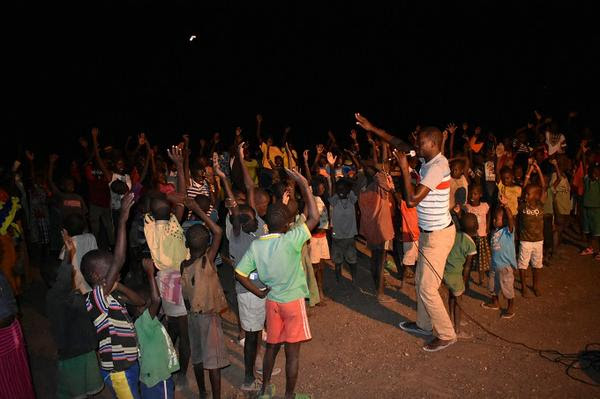 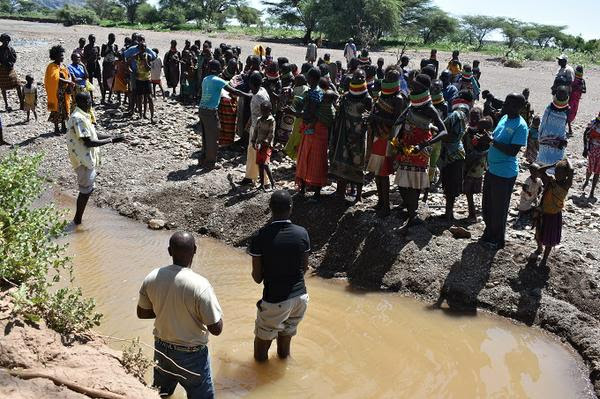 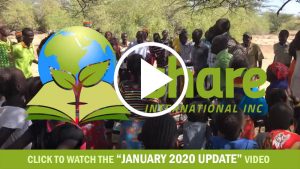 Some of SHARE’s Motivators: 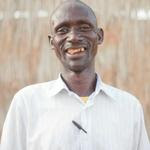 SHARE has now added monthly updates on each motivator through November 2019 on our website. To read information about what the Lord has been doing through the motivators, please visit  http://shareint.org/missionary-updates/ .
Each sponsor of a motivator tremendously assists in spreading the Gospel throughout Turkanaland by providing prayer and financial support. We still have 26 motivators in need of a sponsor. We invite you to consider sponsoring one of them at http://shareint.org/sponsor-a-missionary/ .

We thank you very much for your prayers and support in 2019. Through your faithfulness, the budget for 2019 was met! Hallelujah! We are all witnesses that the Lord fulfills His promise as we give back what He has entrusted to us for the sake of sharing the Good News with others. Yes, God used each one of us to “Give”, and He “poured into (our) lap…. a good measure, pressed down, shaken together and running over. For with the measure (we gave), it has been measured to (us)” (Luke 6:38).
SHARE’s financial need for 1Q of 2020 is $200,000. Your donation is greatly appreciated – always! The SHARE Director – Sammy Murimi – is open to share more with your church or small group upon invitation. 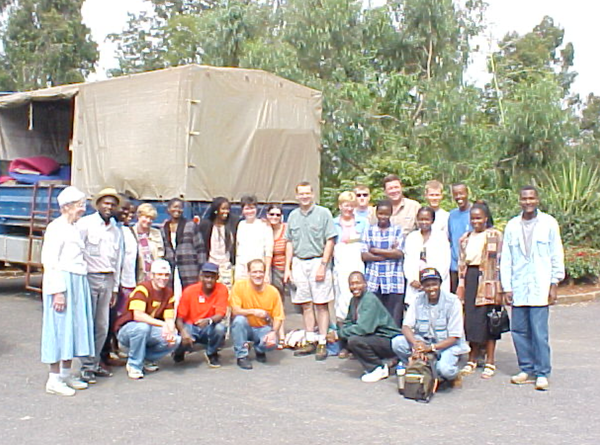 Lokichogio, or “Loki” as it is commonly called among the locals, is situated about 30 km from the Kenya-South Sudan border. Loki is basically a small commercial center whose main activity is basket weaving. The town hosts UN offices and several non-governmental organizations (NGOs) such as World Vision, Oxfam-GB, and others. 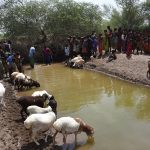